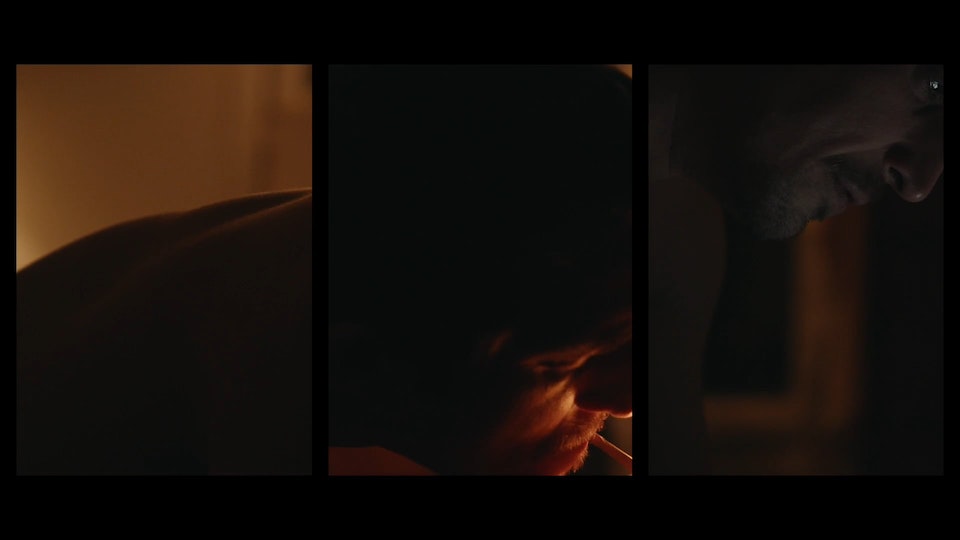 Findlay Brown - Being Young is Getting Old

Findlay Brown is an old friend of mine and a long time collaborator.

I had been running workshops with a group of actors I met whilst studying the Meisner technique a couple of years previous. We were specifically working on a technique called Active Analysis which is a way of finding the root of a scene with physical connection rather than dialogue work. We ran with this and started with some simple scenes based around the ups and downs and pushes and pulls of a relationship in crisis. I was also inspired by how this kind of conflict is presented in two of my favourite films, Blue Valentine and Eternal Sunshine. Derek Cianfrance’s description of his film always stuck with me.. he called it "a love letter to a break up".
The technique was something I was keen to try out

for a while. I have a small motion control camera rig that I always like to experiment with. I wanted to use it in a way that didn’t feel like it was governing the action, I wanted it to follow something that felt authentic, something improvised and emotional. I focused on the way that it can present multiple perspectives of the same moment in time, and how people remember these moments differently.

We had a day for rehearsal and then shot in my apartment just before the January lockdown started. I collaborated with my neighbour, Cinematographer Mads Junker, to find a way we could make this under the difficult Covid restrictions. We had no crew and minimal lighting. Just Mads and I then the two actor, Luke Booys and Sophie Emmitt, and a voice and movement coach, Laura Glaser.

The shoot was extremely fluid and with such a minimal crew it gave the actors a lot of space to explore their connection. We quickly found a process and a way to make the technical shooting style marry with the improvisation. It was really fun working in this way.
The edit was a nightmare.. as you can imagine. And if I’m honest so was dealing with the management and label, hence why I’m only just dropping it 6 months later.
I’m feeling that there is a lot more to explore here though.